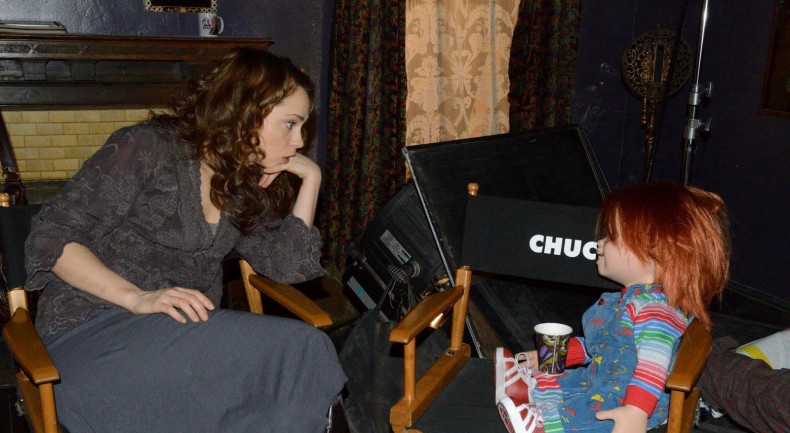 The original Child’s Play was a huge success that developed a remarkable cult following after its release. Like many horror franchises, such as Saw and Nightmare on Elm Street, the franchise began to arguably dwindle in its later sequels. It could be said Bride of Chucky was seemingly the last straw for a few horror-hounds.

However, Don Mancini is a film-maker who understands his franchise, as well as his fan base. Serving as the screenwriter for each and every instalment and the director of Seed of Chucky, Don heads the helm for the next anticipated sequel, Curse of Chucky. It genuinely doesn’t seem like a case of trying to milk a cash-cow. It’s a return to the first few instalments of the series, honing in on horror rather than a convoluted plot. It also features some incredibly well-placed cameos that help tie up some old, forgotten loose ends.

For next week’s UK release of Curse of Chucky we had the pleasure of speaking with Fiona Dourif, who plays the lead role of Nica in the film. It also happens she’s the daughter of Brad Dourif, long-running voice of everyone’s favourite creepy ass doll.

I feel like everybody says this, but it was probably the most fun 6 weeks of my life. I really got on with Don Mancini so well. I had such a great time and want to do it again for the rest of my life.

So did your dad (Brad Dourif) encourage you to take the role?

Yeah, he was really excited when he found out that I had the call-back for the role. And then the studio call-back after that. The concept of being a lead in a Chucky film, a franchise that you grew up to.

Do you feel Curse of Chucky is a real return to the original Child’s Play?

Yeah, the mission statement was to make Chucky scary again, a real return to horror. A sequel in the vein of a reboot. I think we succeeded. It’s definitely cool and it’s been a really cool couple of months.

Was it particularly challenging, working on horror?

I think what I tried to play was against the atypical horror movie victim. That’s where it gets fun, if there’s a backbone inserted in the character. I didn’t attempt to play someone who considers themselves a victim. Nica is someone who just happens to fight for everything, having been in a wheelchair her whole life. And the stakes are really high, and you can really go for it. Horror films are really hard to do, you try not to take it too seriously and do your best.

Was it a weird experience joining an established franchise several instalments in? 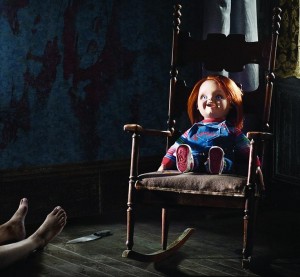 There were so many factors that were intimidating. Chucky has such a fan base, and this is a franchise I’ve identified with my whole life. I was more scared about doing a bad job, than any other role I’ve gotten. I just wanted to do it justice. I feel like Don Mancini is a smart writer, it showed in the script, and it had so much potential to be good. It felt like such a great amount of responsibility, and I certainly cared a great deal about this one.

The best thing in High School was being Chucky‘s daughter actually. We had a Chucky at the corner of my house growing up. To represent it was exciting, and intimidating at the same time. It’s the biggest thing I’ve ever been the lead in, and is probably going to be my most viewed work so far. It’s the first time I’ve been the lead in a studio movie. It was just so exciting, and the reviews so far are all really good. I’m so glad people are enjoying the movie. Hopefully we’ll get to do another one.

Ah, so you’d be up for another Chucky film then?

I would probably follow Don Mancini down into like the depths, y’know? I would do any project with him. We work really well together, and I completely respect him. I’m pretty sure I’d do ANY movie with Don Mancini again. I’d love to see him do other movies outside of the Chucky franchise.

So, with your father in the trade, how did you come about being an actor?

Well, the truth is I didn’t actually want to be an actor. I used to direct History Channel documentaries in my early 20s. I got a PA job working on Deadwood, and David Milch suggested I be an actress. He paid for an acting class, which he does randomly – he’s a wildly generous man. To cut a long story short, I found the acting class to be the most exhilarating experience ever. There’s an element of it that I really love. So I said ‘If I get a chance to do THAT, then I wanna do THAT’. I kind of feel like my career has been small parts in big films, big films in small films.

You’ve also done your fair share of television. Did you enjoy your brief stint on True Blood?

True Blood was a lot of fun. Y’know, I think a lot of shows, when you go on, that have been running for years, are like a machine. True Blood wasn’t like that. It’s such a big cast, with a lot of money and all the people were so welcoming. It was so much fun. As EVERYONE watches True Blood, when the episodes started to air I got emails from people from like college, saying like ‘Oh my God!’ I love True Blood and I’m very grateful.

So you got to work with your father in Curse of Chucky but there must be plenty of dream actors who you’d love to work with.

Cate Blanchett, her performance in Blue Jasmine was the most incredible thing. So there’s that. Jaoquin Pheonix is amazing as well. Amanda Plummer is also pretty incredible.

And what are your plans for the coming months now that Chucky is getting unleashed on us next week?

Well, I just shot a movie coming out next year which I did with Paul Shervino. We don’t know the title just yet though. There are also a few indies in the works that should be edited together soon.

And right now I’ve got ComicCon which is really exciting.

We’d like to thank Fiona for speaking to us and remind you all that Curse of Chucky is all set for home release this Monday, 21st of October, just in time for Halloween. We’ll leave you with the a trailer for the film.

Sam Thorne is a freelance film journalist, critic, feature writer, and news writer. His speciality is primarily anything psychological, edgy, or dark. Sam writes for a variety of internet publications. Also a Film and TV Studies BA Student..
You might also like
Interviews

Chords in Conversation: David G.B. Brown Talks The Dark Below
© 2013 CinemaChords.com
Part of the Chords Network