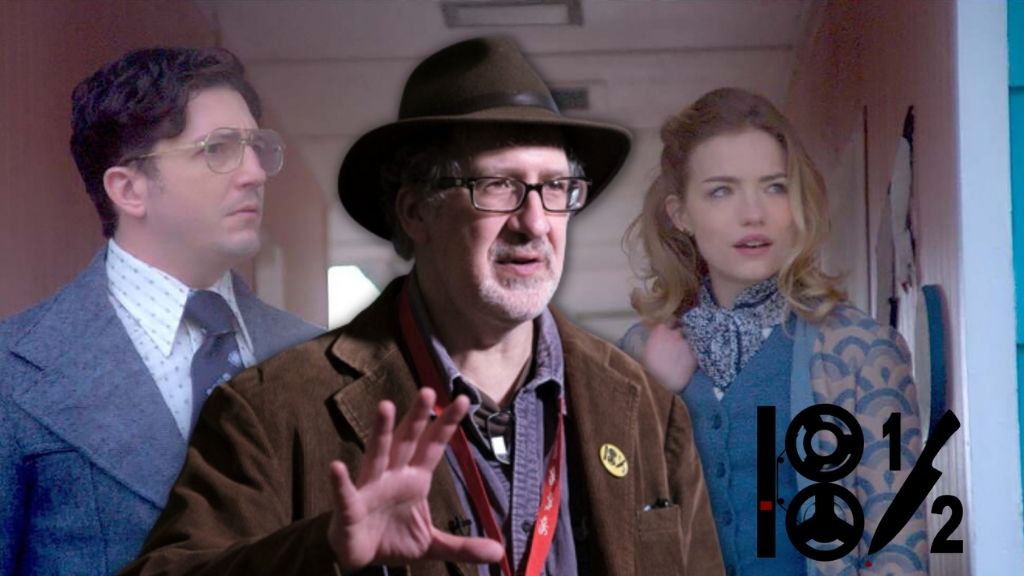 In the wake of an award-winning tour of the international festival circuit, Dan Mirvish‘s (Between Us, Bernard and Huey and a Slamdance Film Festival Co-founder) indie opus, the Watergate comedy/thriller 18½, is headed to theaters in more than 50 markets across North America beginning May 27, first opening in Laemmle theaters in Los Angeles before expanding coast-to-coast on June 3 through Adventure Entertainment.

Mirvish’s movie chronicles the infamous gap in Nixon’s Watergate scandal in a playful and humorous light. Taking place in 1974, the film revolves around a fictional White House transcriber who unexpectedly gets her hands on the only copy of the aforementioned 18-and-a-half-minute gap in the Nixon Watergate tapes. However, her attempts to expose the recordings to the press are thwarted by hippies, swingers and nefarious forces.

In anticipation of the film’s imminent release, CinemaChords’ Howard Gorman sat down with Mirvish who discussed the genesis behind creating a film revolving around Watergate, pulling together a top-tier cast, and why bread plays such a prominent role in the film’s narrative.

RELATED: You might also enjoy our INTERVIEW WITH WILLA FITGERALD.