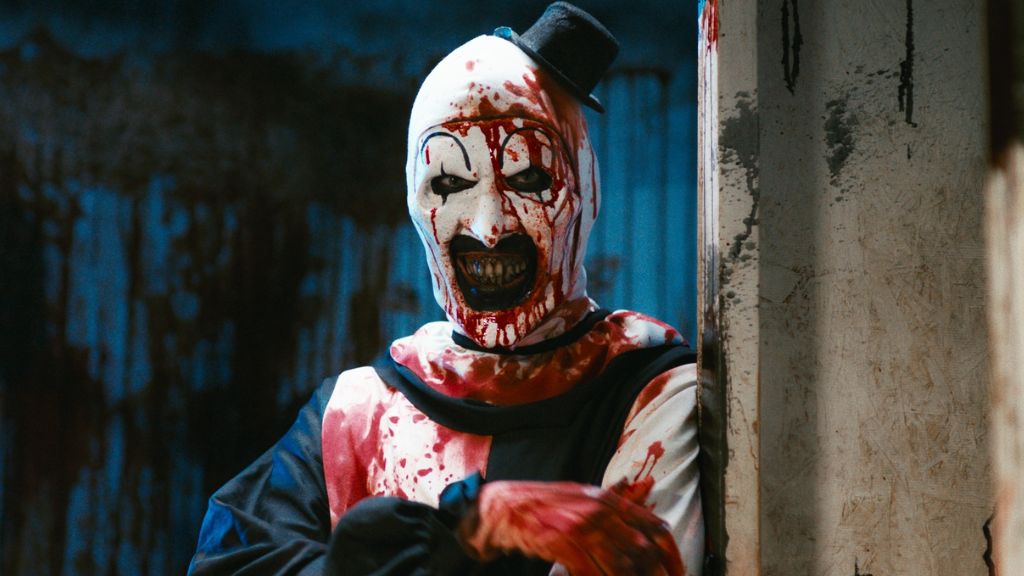 Hot on the heels of its FrightFest world premiere and North American premiere at Fantastic Fest, this week sees the release of the highly-anticipated slasher sequel Damien Leone‘s (All Hallows’ Eve, Frankenstein vs. the Mummy) Terrifier 2, which sees Art the Clown back for another spate of murderous misadventures.

Written and directed by Leone, and starring Felissa Rose (Sleepaway Camp), David Howard Thornton (Night of the Living Dead 2, “Gotham”), Griffin Santopietro (“Cobra Kai”), Lauren LaVera (“Iron Fist,” Clinton Road), and professional wrestler, rock singer, actor and author Chris Jericho, Terrifier 2 sees Art the Clown resurrected by a sinister entity, after which he makes his way to the timid town of Miles County where he targets a teenage girl and her younger brother on Halloween night; always the perfect moment to blend in with the crowds allowing his victims to lower their guard around him when they first cross his path.

To celebrate Terrifier 2 slashing its way into theaters now from Cinedigm in partnership with Iconic Events, CinemaChords caught up with Leone to find out why he thinks Art has become such a loved horror icon amidst such a crowded clown horror sub-genre and how he went about making sure the second film would keep fans happy whilst giving them something fresh that would open the door to expanding the franchise in the footsteps of Freddy and Jason.