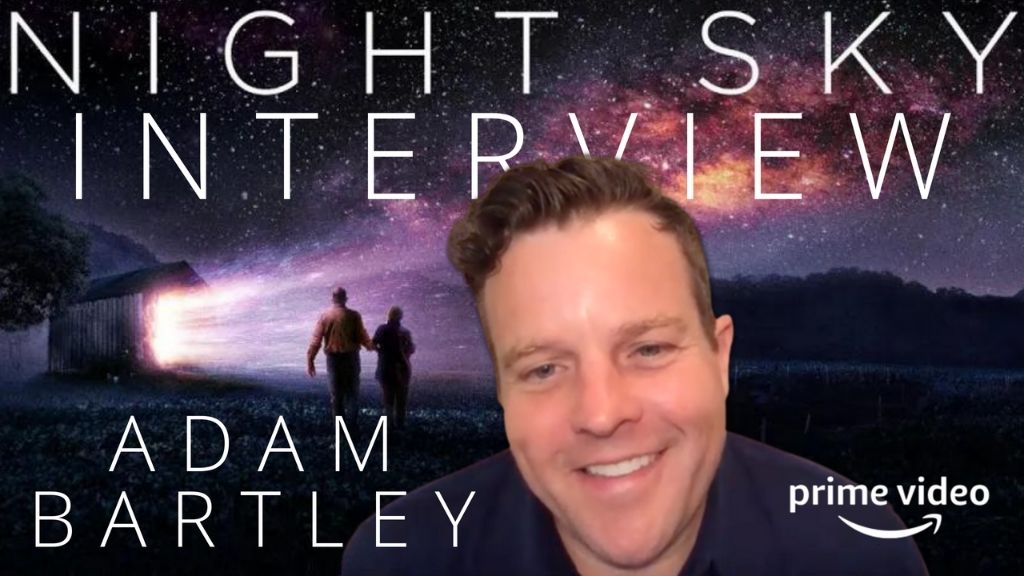 Prime Video‘s roster of original and compelling new series keeps growing and one of the most exciting series about to debut on the streaming platform is the sci-fi drama “Night Sky” (formerly known as “Lightyears”).

All eight episodes of the first season are available on Prime Video now so CinemaChords’s Howard Gorman sat down with another of the series’ regular cast members, Bartley to discuss the film’s fascinating sci-fi segue into themes of aging, grief, love and respect and what golden nuggets of knowledge he took home with him from working with seasoned greats, J.K. Simmons and Sissy Spacek.