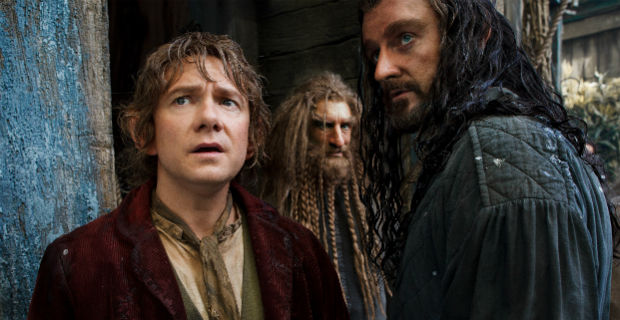 Hobbits, Hobbits, Hobbits!! Who’s ready for the epic conclusion of out favourite Hobbit (other than Frodo) Bilbo Baggins? I know a few people who just might be and from the look of this teaser, The Hobbit: The Battle of the Five Armies looks nothing short of spectacular.

Regardless how audiences perceived the first two films, The Lord of the Rings is a pretty tough horse to beat and this one looks to be the best one of the trilogy yet. The story follows on as we see the Dwarves relish in happiness as they reclaimed their homeland from the fiery Dragon Smaug. All well and good but Dragon Smaug didn’t take it so well. Of course like anyone Thorin (head dwarve) becomes selfish abs greedy hoarding the treasure of his elders which makes him blind to the real task at hand. Wizard Gandalf is having his own problems whilst Sauron sends thousands if Orcs to attack the Lonely Mountain. We have Martin Freeman returning as Bilbo, Benedict Cumberbatch voicing said dragon, Richard Armitage as Thorin and Evangeline Lilly as the nifty Elf, Tauriel.

Of course the cast list could go on forever, but we all know who’s who now don’t we? Bursting into cinemas 12th December, 2014 (Christmas couldn’t come sooner) check out the trailer of The Hobbit: The Battle of the Five Armies. Peter Jackson we are counting on you!