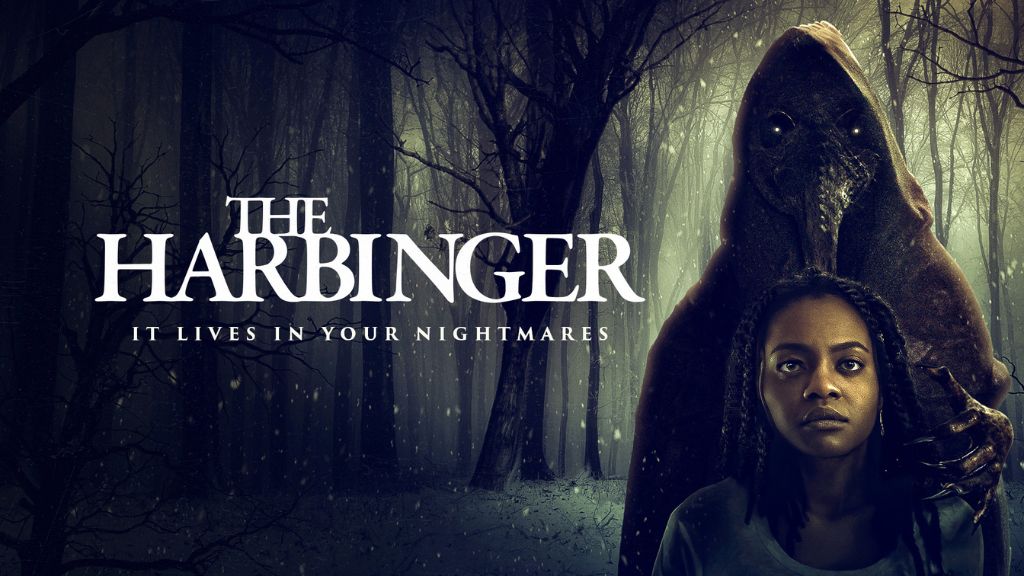 Signature Entertainment and FrightFest Presents have today announced the release details of supernatural shocker The Harbinger, the latest outing from writer/director Andy Mitton (YellowBrickRoad, We Go On).

Since its World Premiere at the Fantasia International Film Festival last year, the film went on to build plenty of buzz on the festival circuit, having screened at other landmark festivals such as FrighFest, Grimmfest, Sitges and Celluloid Screams.

Steeped in occult imagination and disturbing visuals and referred to as The Omen for contemporary audiences, The Harbinger follows Monique (Gabby Beans, “House of Cards”), who ventures out of quarantine to New York on discovering that her oldest friend is suffering terrifying nightmares from the beyond. On the first night there, Monique realises that the dreams are contagious, as is a plague-mask-wearing demon known as The Harbinger, who not only preys on the souls of its victims, but distorts reality to erase any trace of its existence.

Starring alongside Beans are Emily Davis (“The Patient”, The Plagiarists) and Raymond Anthony Thomas (Shutter Island).

FrightFest Presents and Signature Entertainment will release The Harbinger on Digital Platforms this 23 January, 2023 and, to heighten your anticipation until then, we’ll leave you with the official UK trailer.