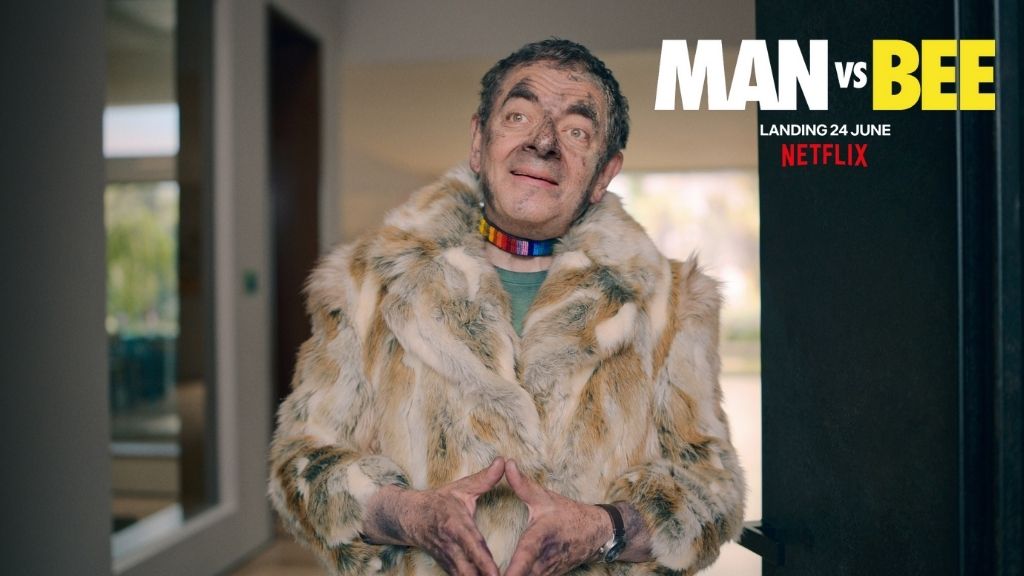 The esteemed actor, writer and comedian Rowan Atkinson is all set to return to the small screen to play an all-new character in Netflix‘s upcoming riotous comedy “Man vs. Bee.” And if the first trailer is anything to go by, it’s sure to pander to all of us who are sorely in need of something akin to his most loved comedy creation, Mr. Bean.

Directed by David Kerr, and penned by exec. producer and showrunner William Davies, “Man vs. Bee” follows the trials and tribulations of lovable, but bumbling, dad Trevor who lands a new job working for HouseSitters Deluxe. His first assignment, of course, happens to be a luxurious mansion adorned with all manner of priceless artwork, classic cars and an adorable dog called Cupcake. But when a bee invades the premises, Trevor’s bungling attempts to keep everything under control result in increasingly disastrous and irreparable consequences.

Rowan Atkinson can next be seen in Paul King‘s (Paddington, “The Mighty Boosh”) upcoming Willy Wonka and the Chocolate Factory prequel, Wonka which is slated for a 2023 release.

Prepare yourself for nine short-sized episodes of chaotic fun when Netflix’s new zippy comedy premieres this 24 June, 2022. In the meantime, we’ll leave you with the first official trailer brimming with slapstick shenanigans…