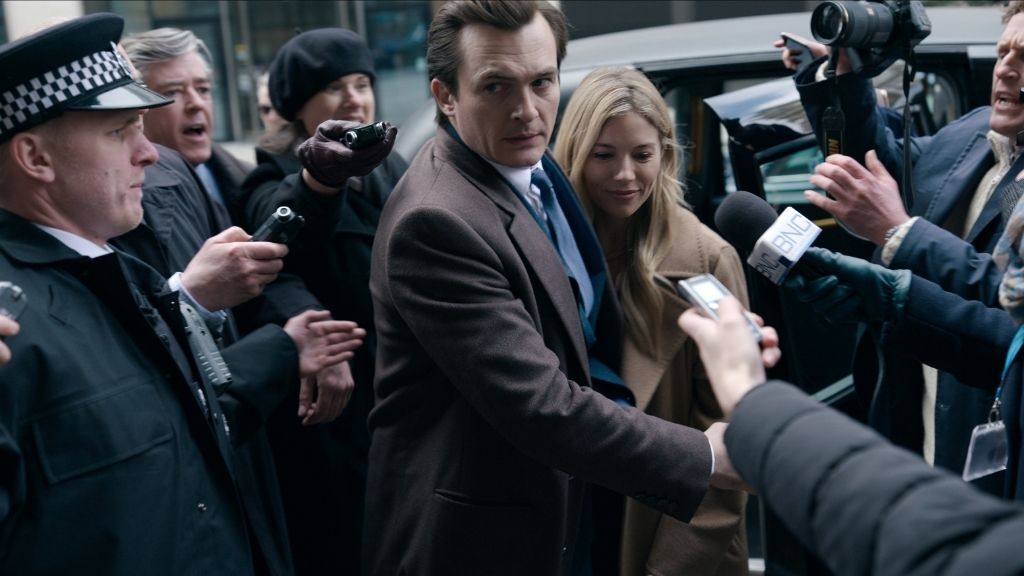 Based on the international bestselling novel of the same name by Sarah Vaughan, ANATOMY OF A SCANDAL, a brand new, six-part, psychological thriller will launch on Netflix this coming April 15.

James (Friend) and Sophie (Miller) Whitehouse live in a blissful and rarified world. A Minister in Parliament, a loving family at home, James’ trajectory appears without limits. Until a scandalous secret suddenly comes to light. Barrister Kate Woodcroft has a trajectory of her own, and her prosecution threatens to tear into Westminster, the Whitehouse marriage, and her own personal esteem.

Commenting on Netflix’ latest thiller the co-creators say: “Sex. Power. Privilege. Based on Sarah’s addictive book, the show tackles entitlement, truth, and the boundaries of consent. It’s been a joy to partner with Netflix on this and see SJ bring it to such a rich and nuanced life.”

Lead actress, Miller went on to add: “I was a huge fan of the book and of my character Sophie. She is multi-faceted and facing the consequences of the decisions she has made in her life of privilege, that are catching up with her.  I loved the arc and journey she embarks on and was thrilled to be part of such a talented cast and crew.”

All six episodes are directed by the Executive Producer S.J. Clarkson (“Jessica Jones,” “The Defenders)” which we will premiere on the world’s leading streaming entertainment service on 15 April 2015. In the meantime, we’ll leave you with a selection of first-look images from the show.