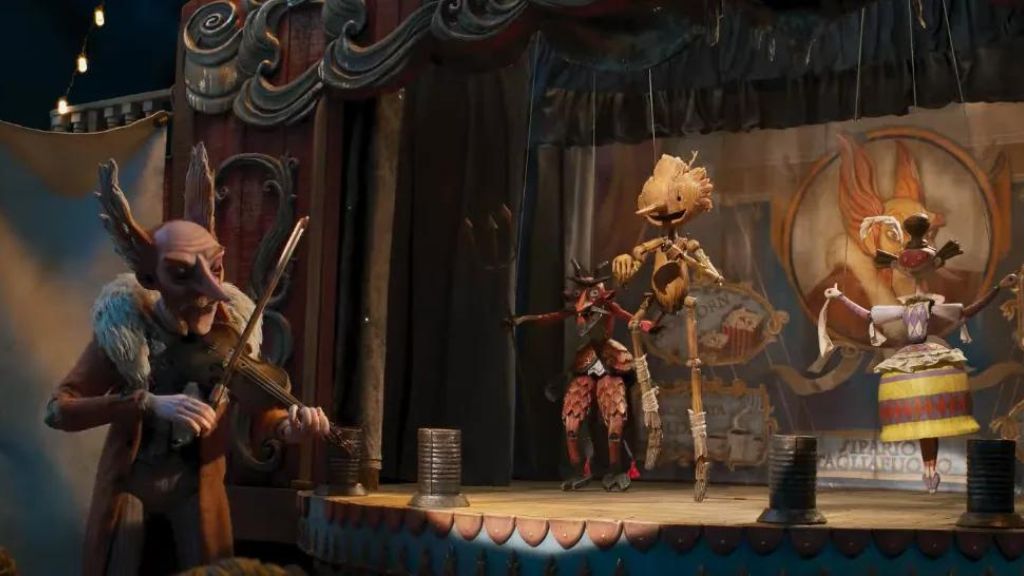 The 66th BFI London Film Festival, in partnership with American Express, has now announced the line-up of the world premieres taking place at this year’s event.

The series and episodic selection, now in its second year, has a thrilling range of stories for audiences to see on the big screen. LFF’s Series Special Presentation in 2022 will be the World Premiere of “The English“, starring Emily Blunt and Chaske Spencer, a sweeping tale of romance and revenge from award-winning television auteur Hugo Blick (An Honourable Woman, Black Earth Rising). Also premiering in the episodic selection is comedy-drama “Mammals“, a clever dissection of monogamy written by Olivier and Tony Award-winning playwright and screenwriter Jez Butterworth (Edge of Tomorrow, Ford v Ferrari) and starring James Corden and Sally Hawkins; and “A Spy Among Friends” which explores MI6 agent Kim Philby’s defection to the Soviet Union and stars Guy Pearce and Damian Lewis, the latter reuniting with showrunner Alexander Cary, following their previous collaboration on “Homeland”.

UK Documentary cinema is also well represented with world premieres including the rapturous Name Me Lewand by Edward Lovelace (The Possibilities Are Endless) that explores the experience of a deaf Kurdish boy, If the Streets Were on Fire, an exhilarating portrait of London’s BikeStormz community which was featured in LFF’s Works-in-Progress showcase as part of UK New Talent Days 2021, and two new films Kanaval: A People’s History of Haiti in Six Chapters and Blue Bag Life, produced by Natasha Dack-Ojumo, co-Founder of Tigerlily Films (BIFA-Winning company behind, Poly Styrene: I Am a Cliché). Yemi Bamiro also returns to LFF with his follow-up to Michael Jordan portrait, One Man and His Shoes with Super Eagles ’96 about the Nigerian football team.

The total number of world premieres screening in LFF has increased slightly year on year since 2019, from 11% to 15% of the feature programme.

Tricia Tuttle, BFI London Film Festival Director, said: “Galas, competitive features, short films – across all sections of the programme, this is perhaps the richest overall selection of world premieres we have had the privilege of hosting at BFI London Film Festival, and we want to give these artists a moment in the sun before the full programme launch. Securing world premieres for their own sake is never an aim of our audience-facing Festival, but it is an honour that these filmmakers and artists entrust us help them to launch their beautiful work. And this is, at least in part, down to the passion and commitment of our audiences!”

The 66th edition of the BFI London Film Festival, in partnership with American Express, will run from Wednesday, October 5th through to Sunday, October 16th with the BFI LFF programme launch taking place on Thursday, September 1st.

IF THE STREETS WERE ON FIRE (dir. Alice Russell, UK) – Russell shows London from an exhilarating, rarely seen perspective. While knife violence rises, BikeStormz is a space of liberation and creative freedom for young people across the city to be free and express themselves

INLAND (dir/scr. Fridjof Ryder, UK) – Ryder makes a striking, boldly cinematic debut with this intense puzzle piece, an intense thriller recalling Roeg and Lynch, and starring Mark Rylance in a story of a young man returning to his hometown in the wake of his mother’s disappearance.

NAME ME LEWAND (dir. Edward Lovelace) – Lovelace returns to LFF following 2014’s THE POSSIBILITIES ARE ENDLESS, here exploring the power of communication and community with a rapturous coming of age story about a young deaf Kurdish boy living in Derby in the UK .

SUPER EAGLES ’96 (dir. Yemi Bamiro, UK-Nigeria) – Bamiro follows up 2020’s One Man and His Shoes with this engrossing history of the Nigerian national football team and its importance in the country’s political and cultural landscape..

THE GIRL FROM TOMORROW (dir. Scr. Marta Savina, Italy-France) – Savina’s impressive debut is based on the true story of a young woman violently forced into marriage fighting for justice in 1960s Sicily.

THE BLAZE (dir. Quentin Raynaud, France) – a man and his father flee from a wildfire in this French eco-thriller that could have been ripped from the charred pages of this year’s headlines.

KANAVAL: A PEOPLE’S HISTORY OF HAITI IN SIX CHAPTERS (dirs. Lean Gordon, Eddie Hutton Mills, Haiti-UK) – Haitian history is presented through an explosion of colour, dance and music, as the country prepares for its legendary carnival. .

MY FATHER’S DRAGON (dir. Nora Twomey, Ireland) – an irresistible animated fable from the award-winning director Nora Twomey and acclaimed Irish animation Studio Cartoon Saloon, about a boy and a young dragon stranded on an island full of untamed beasts.

THE STORE (dir/scr. Ami-ro Sköld, Sweden-Italy) – this inventive and provocative social realist drama boldly uses live-action and stop-motion animation to explore what living in our zero-hours-contract, consumer society might look like in the very near future.

SHTTL (dir/scr. Ady Walter, Ukraine-France) – set in a Jewish village prior to the Nazi invasion of Ukraine in 1941, a filmmaker returns from Kyiv in search of his intended Bride.Walter’s striking debut, crafted as a stunning black and white ‘single-shot’ drama is in Yiddish and stars Saul Rubinek, Moshe Lobel and Antoine Millet.

THE ENGLISH (Dir/Scr/Series Creator, Hugo Blick, UK-Spain) – Emily Blunt and Chaske Spencer lead an all-star ensemble in this sweeping tale of romance and revenge, a sharply crafted western series from award-winning television auteur Blick, made for BBC One and Amazon Studios.

A SPY AMONG FRIENDS (Scr/Series Creator Alexander Cary and Dir. Nick Murphy, UK) – this stylish new series from ITVX explores the events in 1963 following MI6 agent Kim Philby (Guy Pearce) exposure as a KGB spy in one of the most humiliating chapters of Britain’s involvement in the Cold War. Pearce stars alongside Damian Lewis (reunited with Cary after Homeland) and Anna Maxwell Martin.