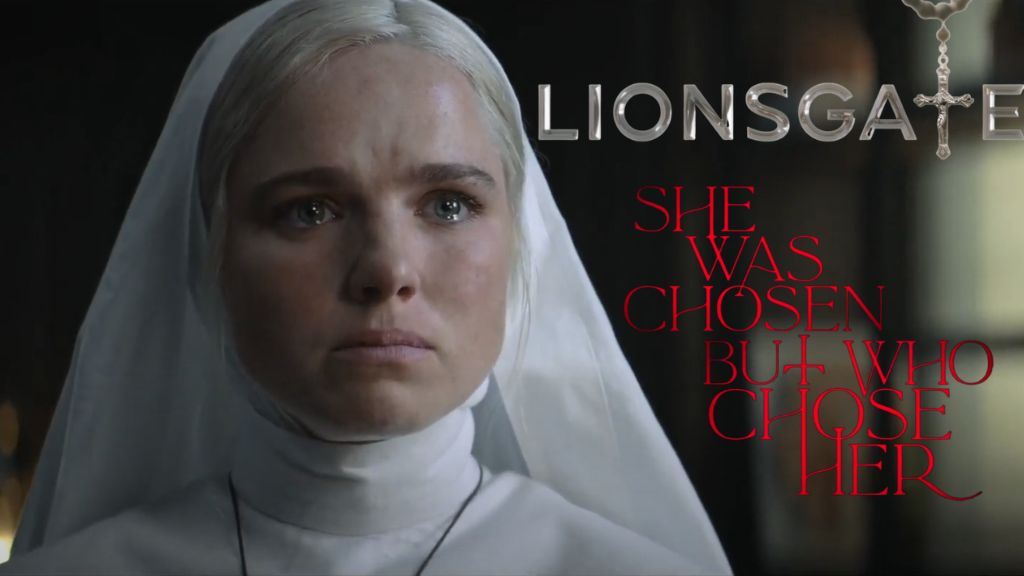 Lionsgate has conjured up a new exclusive clip entitled “More,” in anticipation of Daniel Stamm’s (The Last Exorcism) exorcism initiation shocker Prey for the Devil (previously titled The Devil’s Light) which releases in cinemas this 28 October.

Directed by Stamm, from a screenplay written by Robert Zappia (Halloween H20: 20 Years Later, “The Tom and Jerry Show”), Prey for the Devil stars Jacqueline Byers (Roadies, Bad Samaritan) as a young nun who finds herself an unlikely warrior on a spiritual battlefield when the Catholic Church reopens exorcism schools to train priests in the Rite of Exorcism in response to a global rise in demonic possessions.

Although nuns are forbidden to perform exorcisms, a professor (Colin Salmon – Mortal Engines, Alien Vs Predator) recognises Sister Ann’s gifts and agrees to train her. Thrust onto the spiritual frontline with fellow student Father Dante (Christian Navarro – “13 Reasons Why”), Sister Ann finds herself in a battle for the soul of a young girl (who Sister Ann believes is possessed by the same demon that tormented her own mother years ago), and soon realises the Devil has her right where he wants her… and it wants in.

Prey for the Devil is in cinemas nationwide from 28 October 2022 and in the meantime, we’ll leave the aforementioned “More” to leave you hungry for, well … more.