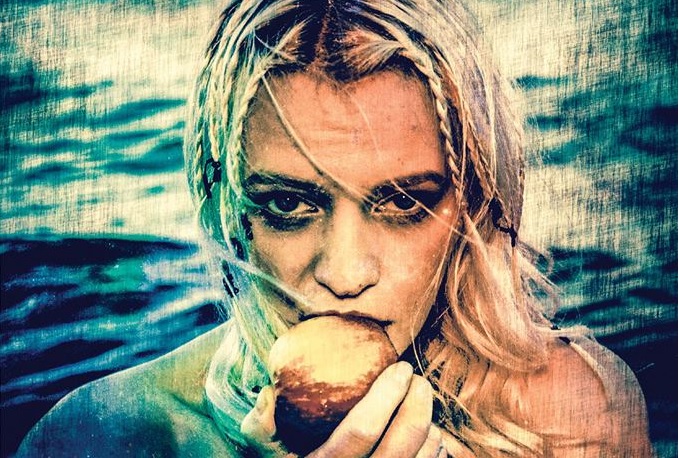 It’s 1974, Earth as we know it is about to be obliterated by an asteroid. What would be a better way to spend your last remaining moments than in the sweet embrace of your lover? Until things start to get a bit creepy that is. Director Drew Cullingham follows up Black Smoke Rising with The Devils Bargain and Cinema Chords was lucky enough to catch up with the man behind this savage, psychological love story.

The first question that springs to mind, and I must ask – Are you a religious man? And do you like apples? From what your film poses, it could go either way…

It could indeed go either way, but no – I’m not at all, though I am spiritual. I also find the mythology of religious writings fascinating, and that’s really all they are to me. Whatever deity you end up praying to or not, every culture has (in this case) a creation myth, and usually a word or two predicting the ‘end’ as well. To me the bigger questions are not in the written laws and edicts of a religion, but in how we approach ‘spirit’ and what lies beyond our corporeal life – whether the world is ending or not! As for apples, sure – ‘who doesn’t like apples?’.

Can you tell us what prompted the idea for the film for you? 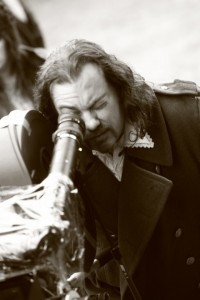 The ‘genesis’ for the story came from lengthy conversations between myself and the co-producer, Ian Manson. He had ideas floating about his head based on a story he’d read about two women facing the end of the world, and what they would do in such a situation. Throw into that the notion of the big bang reversing and the universe being like a massive diaphragm and then translate that into the already mentioned creation mythology and the cycle of death and rebirth and you end up with Adam and Eve effectively returning to Eden and life being gradually snuffed out. I mean there is quite a profound message in The Devil’s Bargain. What were you trying to get across (without spoiling too much!):

On one level, the narrative of the film is almost banal; it’s about a couple being driven apart by another party. But there’s a bigger story; an archetypal vision of the death of a relationship, seen through the eyes of a decaying mind and set against the backdrop of a world about to be destroyed forever. I suppose that’s it in essence – setting the collapse of internal, personal (in terms of a relationship), and external (Armageddon!) against each other to hopefully create something quite unsettling, to explore the notion of an end being a new beginning, and therein to offer hope in destruction and rebirth in death.

You said that whilst shooting Black Smoke Rising you placed a pinhole adapter on the camera to achieve a ‘ghost’s view’ of the world. The Devil’s Bargain follows suit. Is this going to be a signature technique we should expect from you in the future?

Much as I love the way it looks, and am very happy with the ‘retro’ feel the film has, I think it may be a while before I employ this technique again! It is arguably insane, in terms of needing so much light and being limited in terms of field of vision etc – and really, like any ‘technique’ it should only be used when it means something. That said, I do love the fact that it is so organic, and not an effect added in post. I’m a big fan of getting what you want going into the camera, not coming out. So who knows, if a story calls for that certain look…

I can see from Black Smoke Rising that you have already worked with Chloe (Farnworth) and Jonnie (Hurn). What was their reaction when you told them they would be spending a lot of time on screen naked?

There’s kind of a running joke with Jonnie that he almost expects to be naked at some point when he appears in films. I’m not sure why, since it’s a first for me, and he’s appeared in all of my films so far and not been naked (though he did offer!). In any event, it was no great feat to persuade him to strip off!

Chloe was equally game! She’s a remarkable actress, with no real ego and an absolutely ‘can do’ attitude if she believes in a project. It helped of course that we already had a working relationship and therefore trust was already in place. Dan Burman, who I hadn’t worked with, had just come from being stitched naked somewhere in the middle of The Human Centipede 2, so in some ways this was probably far more ordinary!

So this is your fourth film directing. Any tips for independent film makers out there?

First and foremost, just go and do it. Find a way. There’s always good people ready to embrace the necessary collaborative nature of true independent films, and it’s about having a great team around you. I am very fortunate to have a great team of absolute heroes who, I am extremely humbled to say, go way beyond the call of duty in terms of what they bring to my projects. Aside from that – start with as good a script as you can. Try and tell a narrative that doesn’t require big bucks – ask yourself how much better your film would really be if you had millions to play with. And give vent to your own creative voice – don’t try to be anyone else. Most of all, don’t give up! I can’t really say that last one has paid off yet, but part of getting things done is a downright stubborn refusal and inability to give up.

And finally, what does the future hold for Monk3ys Ink Films?

We’re aiming to start shooting a raunchy comedy in the very near future, called Skinny Buddha – it’s gathering a wonderful cast already, and I’m really excited to get on with that. There’s a fair slate of other projects awaiting some form of finance or green light, including a WW2 psychological thriller and a geekfest zomb-edy – both of which (for very different reasons!) I would love to get my teeth into as soon as possible!

We’d like to thank Drew for taking his time and answering our questions, and what great answers they were too! The Devil’s Bargain is to be released early this year. If you need an apocalyptic dose you know where to get it, that’s for sure.

The Devil’s Business releases on Jan 17, 2014, via both www.distrify.com and the offcial Facebook page for a mere £3.99. In the short meantime we’ll leave you with a trailer to twist your arm just that bit more.