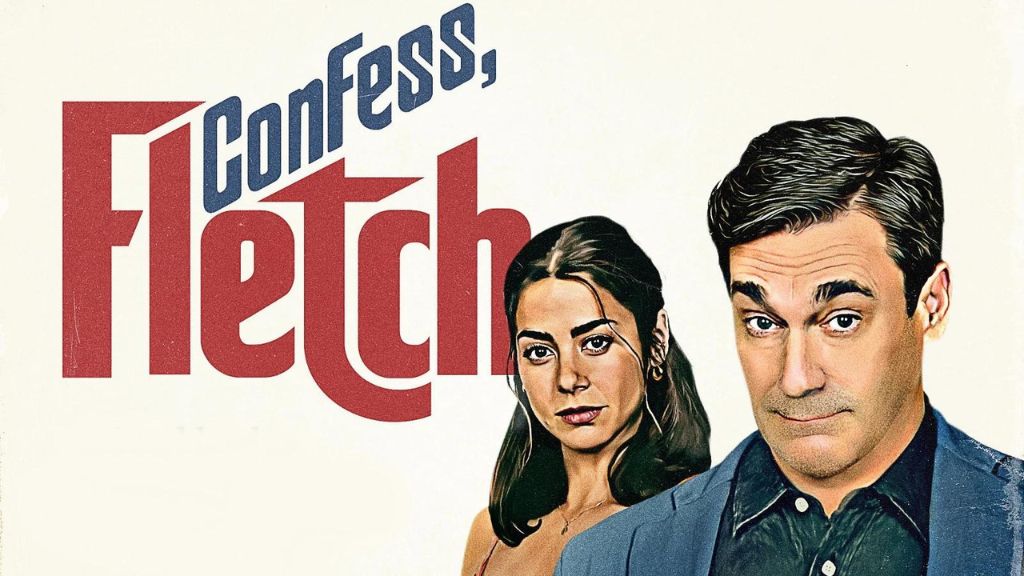 For decades after the release of Fletch and Fletch Lives starring Chevy Chase in the 1980s attempts to reboot this film franchise frequently became mired in development hell … That is until now, as Paramount Pictures has today dropped the first trailer for Greg Mottola‘s (Superbad, Paul) big-screen adaptation of Gregory Mcdonald’s novel “Confess, Fletch,” first published in 1976.

Directed by Mottola, who also co-wrote the screenplay with Zev Borow (“Outer Range,” “Chuck”), Confess, Fletch stars Jon Hamm (Top Gun: Maverick, “Mad Men”) as the film’s incorrigible protagonist who finds himself the prime suspect in a murder case while searching for a stolen art collection. The only way to prove his innocence? Find out which of the long list of suspects is the culprit – from the eccentric art dealer (Kyle MacLachlan) and a missing playboy to a crazy neighbour and Fletch’s Italian girlfriend. Crime, in fact, has never been this disorganised.

Fletch returns to the big screen more than three decades after his last misadventure when Confess. Fletch releases in cinemas this November 18.