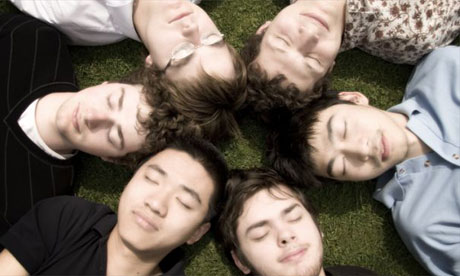 BBC Films, Origin Pictures, Minnow Films, and the BFI Film Fund have confirmed that the British coming of age comedy/drama, X PLUS Y, starring Asa Butterfield (soon to be seen in Ender’s Game), Rafe Spall (Life of Pi) and Sally Hawkins (Made In Dagenham) will start shooting on the 22nd of July. The film will shoot on location in Sheffield, Cambridge and, slightly farther a field, in Taiwan.

X PLUS Y will be directed by Morgan Matthews working of a script penned by the award-winning playwright James Graham based on Matthews’ very own 2007 BAFTA nominated BBC documentary Beautiful Young Minds which charted the incredible journey of some of Britain’s brightest young minds.

Commenting on the film, Matthews said:

“After a five year journey of thought and preparation, I could not be happier at the prospect of going into production with the wonderful cast and crew we have assembled for X PLUS Y. I hope to bring to the big screen, some of the realism, empathy, humour and storytelling that I’ve experienced through years of making documentaries – especially the understanding I gained whilst filming the extraordinary individuals on their real-life journey to the Mathematical Olympiad.”

We’ll leave you with the full Plot Synopsis:

A young maths genius has his logic thwarted by the one thing he can’t make sense of – love.

When the team go to train in Taiwan, headed up by squad leader Richard (Eddie Marsan), Nathan is faced with unexpected challenges – not least his new and unfamiliar feelings for his Chinese counterpart, the beautiful Zhang Mei (Jo Yang).

From suburban England to bustling Taipei and back again, this original and heartwarming film tracks the funny, complex relationship Nathan has with his mentor who ends up learning more from Nathan than he could ever teach him. Ultimately this is Nathan’s journey to embrace the irrational nature of love.

In this article:X Plus Y