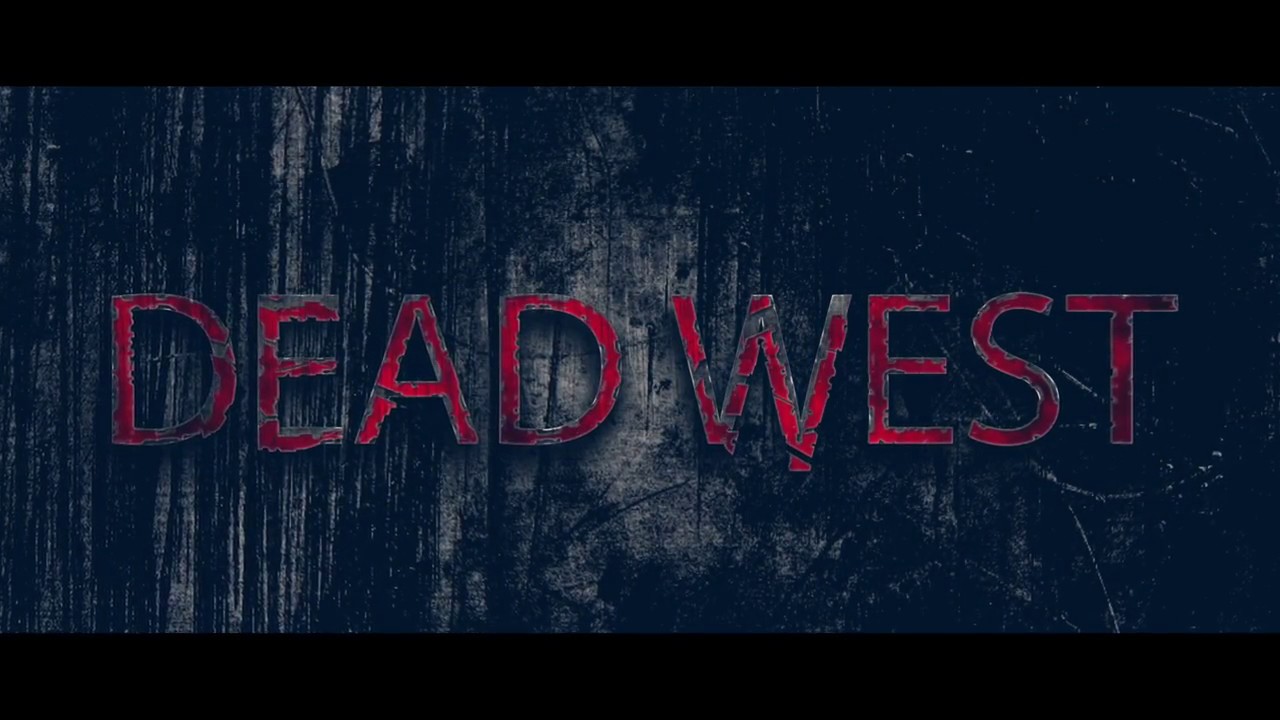 What makes a great road film? Is it a charismatic leading man who can be incredibly charming while sticking a knife deep inside of you? Is it the idea of the eternal and psychotic romantic that no matter how hard he tries to leave his insidious past alone, it always seems to pull him back? Does the cinematography, score and/or characters make the film an unmistakable portrait of long highways, sleazy motels and gun fights?

Talking his second feature, DEAD WEST, filmmaker Jeff Ferrell finds influence in the writing of Eric Red, the psychology of the serial killer and a compulsion of love and violence. With the impending release of his latest project, Ferrell took some time from set to talk with CinemaChords’ Jay Kay.

CinemaChords: Where did the idea for DEAD WEST come from? How much did your upbringing play into the sets and storytelling of the road?

Jeff Ferrell: The idea for DEAD WEST was born during the filming of my first movie, GHOSTLIGHT. Me and Brian Sutherland, the lead actor of that film and this film, were having some beers in his hotel room one night after filming, and he told me he really wanted to play a serial killer and that I should write a serial killer movie for him. I immediately got the idea, “What if we did a serial killer movie with no on-screen violence, that focused solely on the psychology of the characters?” That got the wheels turning, and I developed the script from there over a period of about two years.

As far as my upbringing goes, I was raised on the back of a motorcycle. My dad was a biker, and he used to take me on long cross country road trips on his Harley with his biker gang. I also embarked on several road trips with him down the west coast when I was younger, so the whole road trip lifestyle is something I’ve loved ever since I was a child. I think all those experiences on the road helped to inspire elements of the script and visual style for DEAD WEST.

CinemaChords: Talk about the challenges of creating a western style road film blended with horror and a 1980’s vibe? Did the film THE HITCHER have influence on your overall project?

JF: I’m a big fan of the film THE HITCHER and its writer Eric Red, but I can’t say it had any conscious influence on this film. To be honest, with this film I never wanted to constrict myself to any particular genre or style. The movie is a strange combination of horror, thriller, drama, comedy, action and western themes, but it never fits comfortably into any one of those genres. I just wanted to explore the psychology of a serial killer from a unique perspective that I rarely saw in other films, and I let the story take me on the journey that I felt it was meant to go on. It just so happened that all of those disparate elements found their way in, so I tried to stay true to that.

CinemaChords: Talk about the music and big film feel when it came to scoring DEAD WEST?

JF: The movie was scored by my longtime composer Semih Tareen, who also did my previous movie, GHOSTLIGHT. Semih is one of my closest collaborators, and since we have the same taste in music and film, we are on the same page 99% of the time. That makes working together a joy, and a very smooth process. So, the score was created by him, and is a combination of orchestral and 1980’s-style synth elements. There is also a very eclectic selection of songs in the film by artists such as Voltaire, Zero Down, The Shivering Denizens, Kreeps and more, spanning everything from rap, to rock, to heavy metal and country. It’s a very diverse soundtrack which reflects the diversity of the rest of the film.

CinemaChords: Talk about the minimal sets on DEAD WEST like the bars, hotel rooms and cars? How were they utilized to dictate mood, texture and style for the characters and story?

JF: Every location you see in the film is a 100% real, pre-existing location. No sets were built, and there was no production designer or set decorator on the film. Most of the time, we just walked into a location and filmed it as is, with minimal, if any, set dressing added. So the locations really dictated the shooting style for each particular scene, and I chose each location by driving around and introducing myself to the owners. Everyone was happy to let us film at their establishments, so we were very lucky in that regard. There are around 30 different locations in the film, and we shot the movie in only 12 days, so it was a big challenge. Some of them were very challenging to shoot in, such as the gas station, which was open for business while we were filming inside of it. But I think the authenticity of the locations really adds a sense of reality to the movie, as each of these places has a history and a vibe that we tried to capture in the movie. 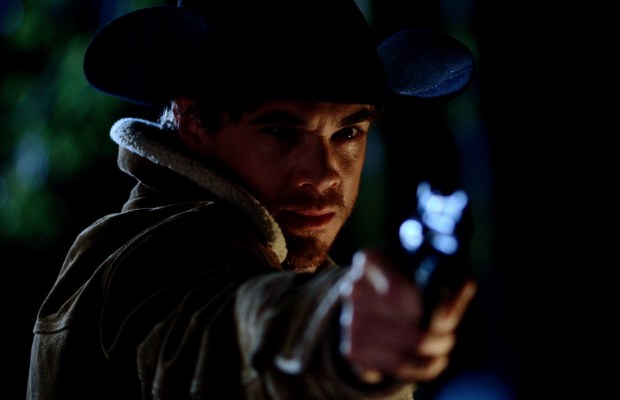 JF: The idea for the movie was born with Brian, so he was always the only guy to play the Ladykiller. I wrote it with him in mind, and he did a really great job of bringing the character to life. We talked a lot about the character’s backstory and motivations, his particular code of honor and the things that drive him to do what he does. But after that, I left the interpretation of the character up to Brian, and what you see in the film is what he brought to the set. Above all, I wanted to create a character that was neither a clear cut hero or villain, with both good and bad in him so, as an audience member, you are morally conflicted as to how you feel about him. Do you feel pity or hatred for him? Or both? And Brian did a great job of bringing that out in the movie.

CinemaChords: Talk about The Ladykiller’s damaged past and his compulsion to kill? How much fun is it to delve and cultivate a killer?

JF: The thing that I wanted to do most with this film was really dive into the backstory of the killer and find out what happened to him to make him into what he is now. I feel that every killer has a story behind what they do and this is the exploration of one killer’s story. So I spent a lot of time working out the backstory and really diving deeply into it, both in the script and with the actors. That process is very interesting to me and it was the main reason why I wanted to make the film. To explore what could happen to an essentially innocent child that would turn them into a killer.

CinemaChords: Talk about the Wild West feel of DEAD WEST and the code that “The Ladykiller” goes by?

JF: I never really thought of the film as a western, but it does have a lot of western flavor throughout. The Ladykiller is a kind of modern outlaw, the kind you might have seen in the Wild West who went around killing whoever the hell they pleased and got away with it. I always spoke with Brian about the particular code that the Ladykiller abided by and the things he believed in so the things that would set him off and make him kill were very specific. He had his reasons, however despicable they may be. And I think that’s the key to creating any interesting antagonist. You must give them a point of view and reason for the horrible things they do and not pass judgement on them while you are writing them. Nor can the actor pass any judgement on them while they are portraying them.

CinemaChords: Where did the overall ideal woman for “The Ladykiller” come from?

JF: The Ladykiller is searching for the thing that he thinks may save him, but like a lot of us, when he finally finds it, it doesn’t turn out to be like he had imagined. I think we can all relate to that. Sometimes we look for things on the outside to bring us peace, but if you don’t have peace within, those things don’t make a bit of difference.

CinemaChords: This is your second film that you acted in, wrote, directed, edited, sound designed and produced. Your first film, GHOSTLIGHT, seems a very different direction from DEAD WEST. Talk about being involved in all aspects of this film? Is this the only way an indie film can be made? What did you bring with you from GHOSTLIGHT to DEAD WEST as a filmmaker?

JF: I wear all these hats out of both necessity and choice. When making a microbudget film, you never have the money to hire a lot of crew members. So it becomes easier and cheaper for me to just do as much as I can myself. But I also really enjoy doing all these things. My films are my babies, and there’s nothing I wouldn’t do for them to make them the best they can be. I’ve always done these different jobs on my films since day one, so it just feels natural to me. I always try to learn and grow as much as possible with each film I make, and with GHOSTLIGHT I learned more than I ever had before. I applied all that I learned on that film to try and make DEAD WEST a better film and I’ll apply all that I learned on this film to make the next one better. It’s a never ending journey of trial, error, and learning more about yourself and the art form.

CinemaChords: Why edit your own film?

JF: I write and direct my own films and the editing is just the natural extension of that for me. The script is written three times: in the writing, in the shooting, and in the editing. You usually end up with three different movies. So it makes sense for me to conclude the final version of the script in the editing room myself. Plus, I just really love the art of editing. It really and truly is one of the most important aspects of filmmaking and the possibilities are endless. But my rule is always the same with editing, writing, and directing: Always trust your instincts.

CinemaChords: What is the overall feel of indie filmmaking after these two films?

JF: Making a movie is one of the hardest things you can do, whether you’re working on an indie level or a Hollywood level. It’s a very complex and difficult art form that requires a lot of money, time, people, dedication, and a bit of insanity. In some ways it’s easier than ever to make a movie, with the advances in technology in recent years, and in other ways it’s harder than ever, with the vast amount of competition out there; it can be really hard to make any money. But I love making movies more than anything and I’ve got many, many more films to make. I don’t plan on stopping until I fall down dead on the set after yelling, “Cut!” But hopefully that’ll be a few years down the road…

Join “The Ladykiller” on his bloody and wild road trip as we leave you with the trailer for DEAD WEST which releases this coming Tuesday, February 7 on DVD. 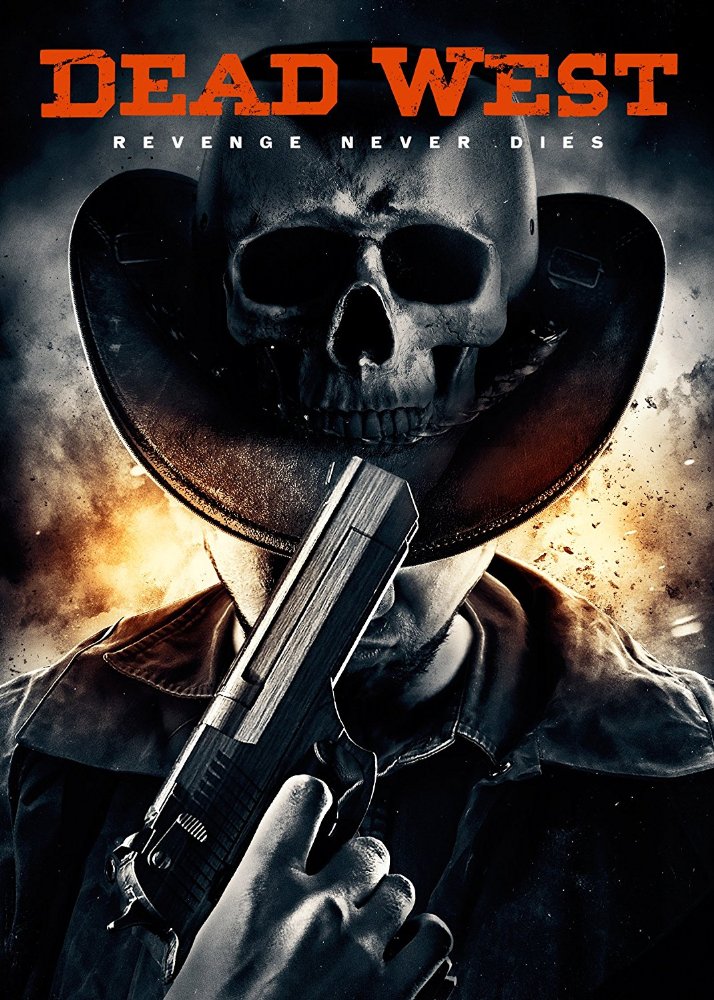