Forget Murray vs Djokovic and Froome vs Rojas, if you want a real clash of the titans then look no further than Carrey vs. Carell!

Burt Wonderstone, an old-school magician who loves the glitz and glamour of the grand stage, finds the public tiring of his act. Uncompromising physical performer Steve Gray is keen to steal his thunder with his brand of in-your-face exuberance and in the process win a lucrative headlining gig at the newest hotel on the Las Vegas Strip.

Carrey and Carell are now firmly established icons on the big-screen, but which one is better? There’s only one way to find out… FIGHT!

We’ve decided to put some of their best known characters up against one another in a series of themed battles, by the end of which one man will be crowned the champion.

This one might seem obvious (hello, Lloyd is either the Dumb or Dumber of the title), but the sheer stupidity of Brick cannot be underestimated. Let’s not forget, Tamland is a man so dense that he makes Ron Burgundy look smart. Both men vibe off their friends, Lloyd dragging Harry on a trip across the country whereas Brick will fight to the death for his newsroom buddies.

Brick might have eaten “a big, red candle” and “pooped a hammer”, but we have to give this one to Lloyd. Who else would turn down the chance to join a busload of bikini models on a tour across America as an ‘oil boy’?

What a pathetic loser. And that makes Carrey our winner in this round.

The two films that established Carrey and Carell on the big screen also boast the sexiest moments from the stars.

Ace Ventura has an audience for his big moment, all his pets have front row seats as he does the deed with none other than Courtney Cox (in one of her pre-Friends appearances). The Lion Sleeps Tonight provides the unforgettable soundtrack in the scene, although Ventura himself doesn’t want to do much sleeping, having already done it “three times”, and is eager for more.

Yep, it’s an impressive performance from Carrey, but when it comes down to which is the best, we have to take into consideration what poor Carell has to go through to get him some. Putting aside the amount of time he waits, and it is a LONG time, there is also the infamous body wax scene. With Paul Rudd and Seth Rogen unable to contain their cackling, Carell is painfully stripped of his chest hair.

Carell wins this round out of sheer pity. You deserve it.

Imagine a world where Morgan Freeman is God. It’s actually surprisingly easy to do, and both Carrey and Carell find themselves meeting the big guy in this franchise.

In 2003, Carrey was at the height of his fame. Bruce Almighty saw the rubber-faced one playing a man who riles against God once too often and who is subsequently given all his powers just to see how hard it is. Bruce isn’t exactly the most religious type, so it’s hard to give him many points for his actions, although we will be eternally grateful for the moment when he decides to enhance the assets of his girlfriend Grace (Jennifer Aniston).

Four years later, Carrey can’t be tempted back to join the sequel. Carell, who played a minor role in the first film, now finds himself headlining. Evan takes things a lot more seriously, and dutifully performs his task of building an ark in preparation for a great flood.

Yeah, the film is tediously unfunny, but we have to go with Carell on this one.

Who’s the best Husband on the Run Dick Harper (Fun with Dick and Jane) vs. Phil Foster (Date Night)

Desperate times call for desperate measures, and both Dick Harper and Phil Foster find themselves on the run, trying to protect the women they love.

Dick is a middle-management type of guy, who suddenly finds himself unemployed and in need of easy money. He turns to a life of crime, but isn’t really cut out for it. Carrey does all the manic stuff perfectly, but can you ever really buy that face as a hardened felon trying to evade the law?

Carell gets dragged into all manner of shenanigans when a quiet date night with Tina Fey turns into a city-wide chase after a case of mistaken identity. Phil is initially a boring husband, but steps up and saves the day. Heck, he even manages to keep a hold of his woman despite the advances of a shirtless Mark Wahlberg.

Most Depressed – Joel Barish (Eternal Sunshine of the Spotless Mind) vs. Dan (Dan in Real Life)

We’ve all done some pretty crazy things to get over someone, but these guys go to extremes.

Dan doesn’t think he’ll ever find happiness again after losing his wife, but fate plays a hand and he falls head over heels for the lovely Marie (Juliette Binoche). Great, except for the fact that fate is a cruel mistress, and Dan is actually in love with his brother’s girlfriend. You can imagine the deadpan mask Carell wears throughout this film, it’s the one he used so effectively in The Office.

Joel, on the other hand, isn’t hiding his heartache. Having fallen madly in love with Clementine (Kate Winslet), he takes the subsequent break-up tough. He decides to undergo a radical treatment that will see all his memories of Clementine wiped from his mind. Unfortunately, she decides to do exactly the same thing, and set off a chain of events that make for a painful viewing experience.

Eternal Sunshine of the Spotless Mind is a typically twisty story from the mind of Charlie Kaufman, but what makes it work is that you totally believe in the desperation to forget, that Carrey conveys.

This one goes to our downbeat Jim.

So that’s it, it was a close battle but the winner is Burt Wonderstone himself, Mr Steve Carell. He might be something of a late bloomer on the big screen, but he’s now firmly established as one of the most entertaining men in Hollywood. He’s not too shabby at mixing up the laughs with more serious stuff either.

If you want to see the best of both actors, The Incredible Burt Wonderstone, offers up some snappy one-liners from Carell and some trademark physical comedy from Carrey. It really is the best of both worlds and with a supporting cast that includes Olivia Wilde, Steve Buscemi and a cameo we dare not mention, it’s a fantastically entertaining comedy.

Pre-order your copy here or, if you can’t wait, it’s now available now to download on iTunes!

We’ll leave you with a trailer for the film below:

‘Elysium’ Broken Down in Video and Posters 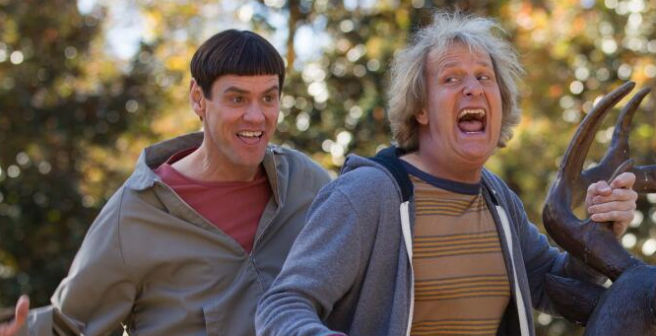 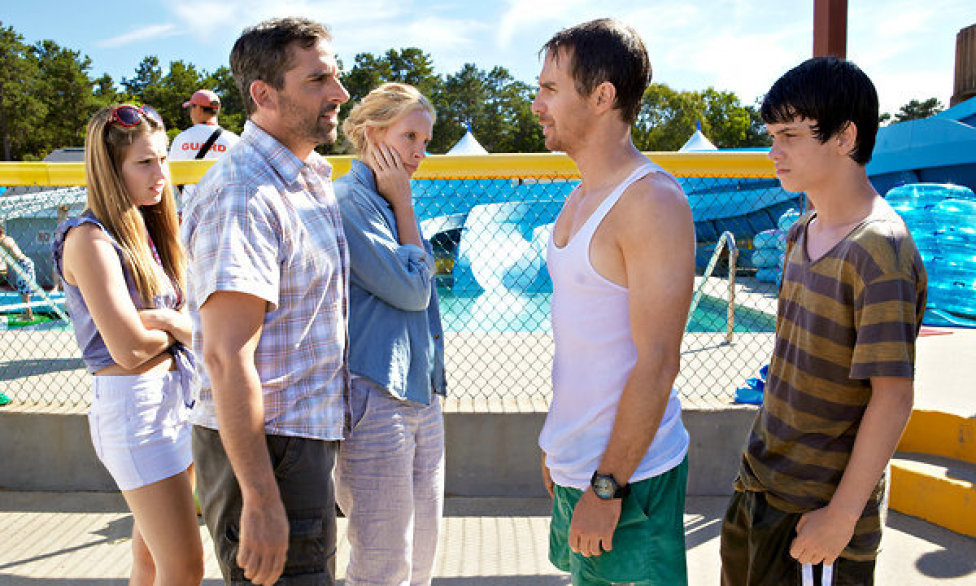 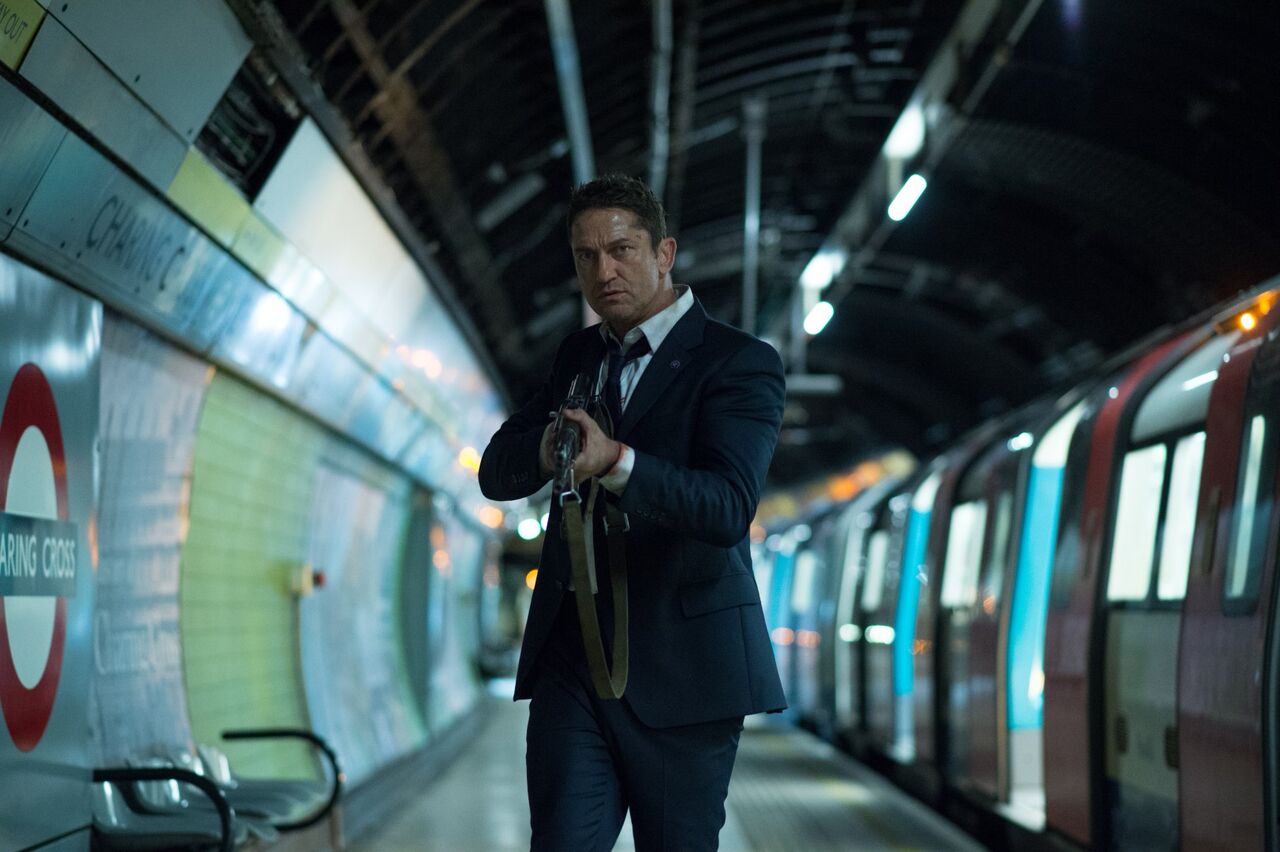