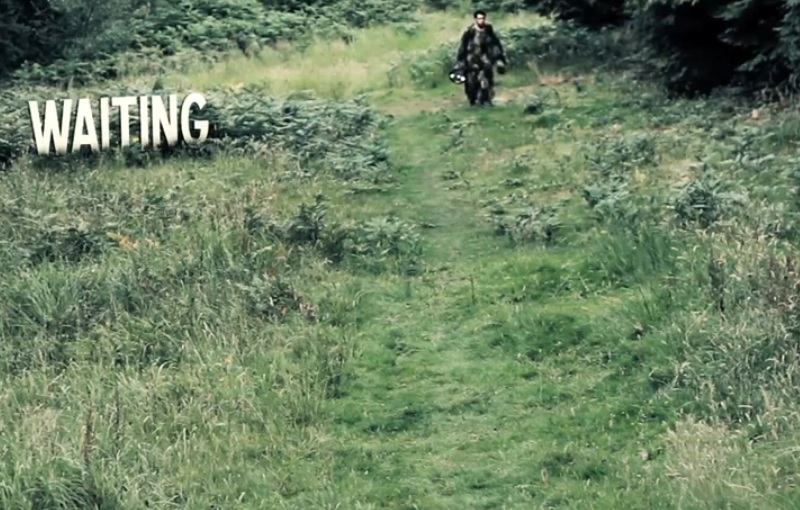 One of the best things about this short is the story behind it. We were lucky enough to (sort of) catch up with the Giant Dwarf team, after being ridiculously impressed with their Film Northants entry The Break Up (which will come up on A Short Mission soon.) Their first adventure into short film making, Waiting was created by literally testing out the waters by sitting in the woods for an evening; hearing all sorts of sounds and rustling with nowhere for help.

So naturally, that kind of back story means that the semi-dark and semi-hilarious Waiting has just the right atmosphere to get you invested. The story revolves around Northamptonshire (where it is filmed,) where a legendary beast named the Chubacabra has been plaguing the countryside. Now, photographer David Green, tries to get a glimpse of this monster and get him on film in order to win prize money. But will he succeed in this mission?

Visually, Giant Dwarf have got it to a tee. Saturated in these glim and bleak, yet creepy haunting colours, Waiting utilises the environment around it and creates this slightly scary with a humorous tint atmosphere. Waiting is brilliantly done and focuses on developing the tension rather than making it jump. Every second you are wondering, “and the monster comes now?” And that anticipation really drives the action and film forward, rather than making it a jumpy thrill ride. Much like the best horror movies, it is the suspense as well as the Fincher-esque cinematography that makes this such a fun movie.