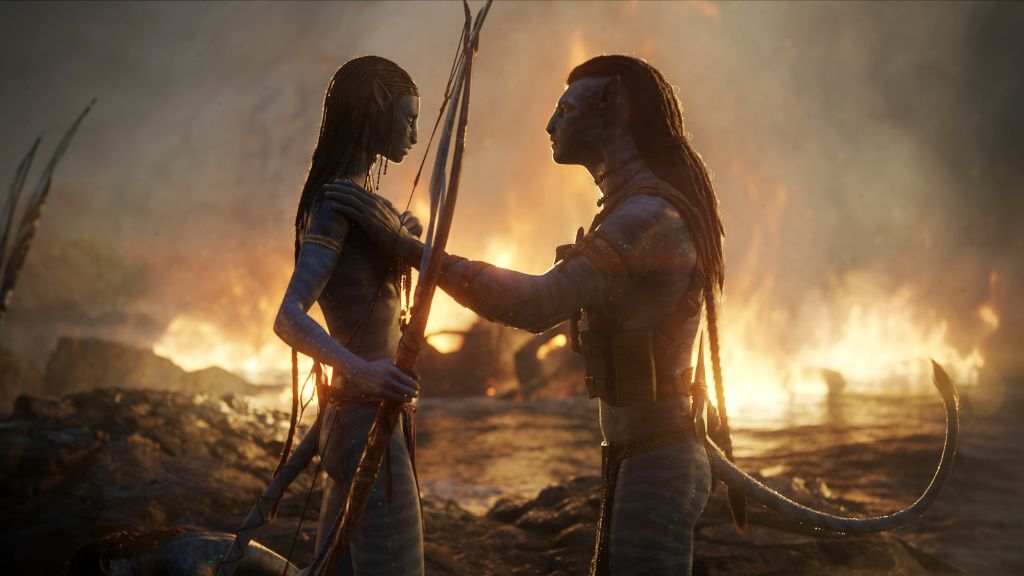 20TH Century Studios has dropped a new trailer for the 13-year-anticipated December 16 release of James Cameron‘s spectacular and stirring action-packed adventure sequel, Avatar: The Way of Water. Not only that but, in celebration of the trailer debut, a stunning light show featuring highlights from the film will be projected over Niagara Falls this evening.

Directed by Cameron, from a story he conceived with Rick Jaffa, Amanda Silver, Josh Friedman and Shane Salerno, Avatar: The Way of Water is set to take the cinematic experience to all new heights (and depths) as Cameron transports audiences back to the magnificent world of Pandora. Set more than a decade after the events of the first film, the film tells the story of the Sully family (Jake [Sam Worthington], Neytiri [Zoe Saldana], and their children), the trouble that follows them, the lengths they go to keep each other safe, the battles they fight to stay alive, and the tragedies they endure.

Returning alongside Worthington and Saldaña are Sigourney Weaver (Dr. Grace Augustine), Joel David Moore (Norm Spellman ) and Stephen Lang (Colonel Miles Quaritch), with the sequels also welcoming other notable stars such as Vin Diesel and Kate Winslet. And with regards to the work going on behind the camera, Cameron’s team includes cinematographer Russell Carpenter (True Lies, Titanic, Ant-Man, The Lawnmower Man) and the visual effects wizardry of Weta FX, once again headed up by senior visual effects supervisor and four-time Oscar-winner Joe Letteri (Prometheus, Dawn of the Planet of the Apes, The Batman, Spider-Man: Far from Home).

Avatar: The Way of Water opens in theaters on December 16 and in the meantime, we’ll leave you to let the aforementioned new trailer wash over you below.