Every month, particularly during the hectic summer blockbuster period, thaings can get more than overwhelming, to say the least, when it comes to picking what movies to see. To give you a bit of an advantage, we’ve whittled all of the films releasing this August down to the ten we think are worth your attention and the price of a cinema ticket. Let’s kick things off with the homegrown comedy About Time…

Who doesn’t remember cringe worthy moments they wish they could travel through time to erase? This is exactly the case in Richard Curtis’ novel take on the time-travel genre in his latest movie, About Time. Given the plot synopsis this sounds like the romcom equivalent of The Butterfly Effect as Tim (Domhnall Gleeson) discovers his special power at a young age and uses this new found ability in an attempt to improve his own life, obviously coming up against all manner of stumbling blocks along the way.

Curtis directed the brilliant Love Actually and wrote genre classics such as Four Weddings and Funeral and Notting Hill, so this is territory we know he shines in and where he seems most comfortable. It’s just such as shame he has confirmed that About Time will be the last film he directs. Then again, he could always travel back in time and take back his words.

Although it only seems like yesteryear, it has in fact been a long nine years since we last saw Riddick on the big screen. Whilst the character pretty much faded out of the limelight after the 2004 sequel, now seems the perfect moment for the character’s reinvention given Vin Diesel‘s profile boost off the back of his recent return as Dom Toretto in the last couple of Fast and Furious movies.

Extra sci-fi/sex appeal has been injected for both sexes thanks to the inclusion of Katee Sackhoff (Battlestar Galactica) and Karl Urban (Dredd).

After the toned down sequel that was The Chronicles of Riddick, the latest entry looks like the darker, meaner sequel the original film should have got back then — a hard R rated science fiction revenge film.This is by and large thanks to Mr. Diesel himself as he even risked his own wealth to make sure Riddick happened, and to make sure that when it did happen it gat a great big whopping R rating.

When you think of voice-over narrations in movie trailers, you’ll be hard pressed to remember any featuring female actresses. Actress Lake Bell’s feature film directorial debut, In a World, emphasizes this very fact.

Bell stars as a vocal coach with aspirations to make a name for herself in the male-dominated field of voice over work, finding herself competing not only against an up and comer (Ken Marino) but also her own father Sam (Fred Melamed) who himself is an acclaimed voice-over actor.

The film will certainly appeal to those who have always wondered voices behind those deep and gravelly narrations that accompany most trailers and will attract many a cinemagoer with its father-daughter tensions, romantic subplots and plethora of celebrity guest appearances from the likes of Eva Longoria, Dimitri Martin, Michaela Watkins, Rob Corddry, Nick Offerman and Geena Davis.

The horror genre, and particularly Mr. James Wan, have been on quite the roll this year, and if the rakings of the recent The Conjuring are anything to go by the trend will remain the same when Insidious: Chapter 2 hits screens later this month.

Although most swiftly cite Paranormal Activity as the impetus behind the new wave of horror hits, it was the original Insidious film that took a much more direct, no-frills approach creating a film that was much more terrifying than Paranormal Activity and which provided audiences with a refreshing change of pace from the director responsible which catapulted the Saw franchise to what it became.

Fans of the original will be glad to hear that Chapter 2 brings all the key players back as well as aforementioned James Wan so it is hard to imagine anything less disturbing than the previous entry in the franchise. And who could turn down an opportunity to see a new horror movie on Friday the 13th?

It is never an easy task to provide a motorsport movie with enough appeal to bring in both enthusiasts and a larger, non-car-loving audience. All you need to do is show the likes of Le Mans and Senna to someone who couldn’t care less about cars and watch their face. Thankfully, Rush looks set to have the potential to not only provide fodder for car lovers but also enough to chew on for anyone coming into the cinema for a good story brimming with drama and suspense.

Rush follows the tale of the 1976 Formula 1 season and the fierce competition fought between the British playboy James Hunt and the more focused Austrian Niki Lauda.

Coming from the hand of Academy award-winning director Ron Howard and lead by Chris Hemsworth and Daniel Bruhl it certainly looks like the film’s attention to detail and the casting are as stainless as it comes.

While Breaking Bad’s Walter White is perfectly capable of earning the audiences sympathy no matter how many dastardly deeds he gets up to Bryan Cranston takes it one step further as he plays 100% pure evil in Cold Comes the Night.

Taking a bag full of money from a dead body can only have one outcome but that never seems to dissuade anyone in the movies. That works the audiences favour here as this kind of decision-making provides the storyline for Cold Comes the Night, with Cranston starring as a Russian gangster who kidnaps a struggling motel owner (Alice Eve) and takes her hostage, along with her young daughter, promising to put a bullet in the daughter’s ear if he doesn’t get what he wants.

The film is directed and co-written by Tze Chun, responsible for Children of Invention and this is his first writing credit for a feature film. The good news for US audiences is that the film has also now been picked up by Sony for release in the US although a release date is yet to be announced. 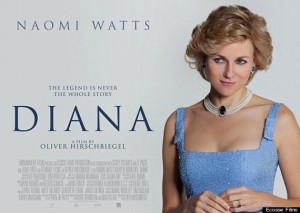 This month Dianamania and 80s fads will be bouncing back as Naomi Watts (hoping for a third Oscar nomination) takes on the role of the troubled princess Diana, alongside Naveen Andrews as Dr Hasnat Khan, the heart surgeon she had a love affair with over the course of the last couple of years of her life.

Khan recently alleged that the film is based on “gossip and Diana’s friends talking about a relationship that they didn’t know much about, and some of my relatives who didn’t know much about it either. It is all based on hypotheses and gossip… There wasn’t any hierarchy in our relationship. She wasn’t a Princess and I wasn’t a doctor. We were friends, and normal people stand like friends with each other.”

Despite Khan’s allegations they are by no means a reason to miss this movie coming from director Oliver Hirschbiegel, whose previous credits include 2004’s Downfall and 2009’s Five Minutes of Heaven. Diana, originally rumoured to have been called Caught in Flight is based on a screenplay penned by playwright Stephen Jeffreys, who also scripted 2004’s The Libertine starring Johnny Depp. Jeffrey’s script is based on Kate Snell‘s book Diana: Her Last Love.

Diana will “introduce a time in the Princess’s life that was uniquely important in shaping her final years, fulfilling her search for true happiness and sealing her legacy.”

The world premier of Diana will take place in London this week on the 5th of September before hitting cinemas on the 20th of the month.

Winning the Sundance Audience Award Metro Manila is one of the pleasant surprises of the year. Starring Jake Macapagal and Althea Vega, the film follows Oscar Ramirez (Macapagal) and his family’s misfortunate search for a better life amidst the hustle-and-bustle of Manila’s seedy underworld. On managiung to get a job as a security driver, Ramirez finds himself caught up in the violent drug culture which dominates large areas of the city.

The films finds director Sean Ellis joining a new wave of British film-makers taking their talents abroad recently, such as Gareth Evans who worked on the martial arts thrillers, The Raid, in Jakarta and Merantau in West Sumatera and Gareth Edwards, who filmed Monsters in Central America.

Ellis’ credits as a writer and director include Oscar-nominated short Cashback and horror/thriller The Broken, and his inspiration behind making Metro Manila came from witnessing a heist, first hand, whilst on holiday in Manila.

As far as thrillers go, Prisoners looks all set to cater for audiences expecting a taut, edge-of-your seat ride. The main pulling power is clearly the cast here, featuring Hugh Jackman, Jack Gyllenhaal, Terrence Howard et al, but the plot certainly seems to veer well clear of run-of-the-mill missing child thrillers as Jackman plays a grieving father taking the law into his own hands to find his missing daughter and a close family friend. Gyllenhaal dons the shoes of a policeman working within the limits of the law to find the two missing girls.

What Prisoners offers up is the chance to see an adult themed film, and, dare we say, a possible Oscar contender, in the cinematic malaise often found in the month of September.

Justin Timberlake stars as Richie Furst, a Princeton graduate in need cash to pay his tuition fees. When all else fails he turns to the world of online gambling which doesn’t go as hoped, leaving him without a hope of raising funds in time. After losing all his money he takes it upon himself to head over to Costa Rica to find the man behind the website that swindled him in an attempt to get his money back.

As you had probably already imagined, this mystery man is Ivan Block (Ben Affleck), a tycoon who sees potential in Ritchie and offers him a life of exoticism and beauty which he readily accepts. Soon enough, everything takes a turn for the worst and Richie finds himself stuck slap bang between the FBI and the dangersome Block.

Whilst Runner Runner appears to tick off all the familiar boxes in this genre, it is distinctive in the fact that we’ll get to see Affleck having fun in his first outing as an out-and-out antihero. Likewise, the relevant subject matter and tropical setting help to better distinguish the conventional plot from the rest of the crime drama/thriller bunch.

The film is written by Brian Koppelman and David Levien – the screenwriters with a solid back catalogue (Rounders, Runaway Jury, Ocean’s Thirteen), whilst direction comes from Brad Furman who showed a flair for similarly themed content in his adaptation of The Lincoln Lawyer starring Matthew McConaughey.

Think what you will of Affleck donning the Batman suit, Runner Runner is definitely worth watching when it hits both the US and UK this September 27th.

In this article:movies, September, top ten 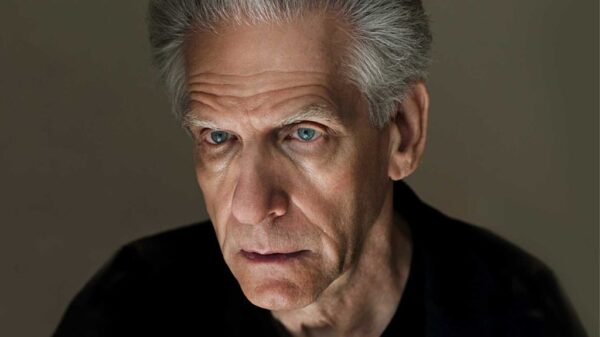 The San Sebastian International Film Festival has announced that it will fete Canadian director and screenwriter David Cronenberg with its highest honorary accolade, the... 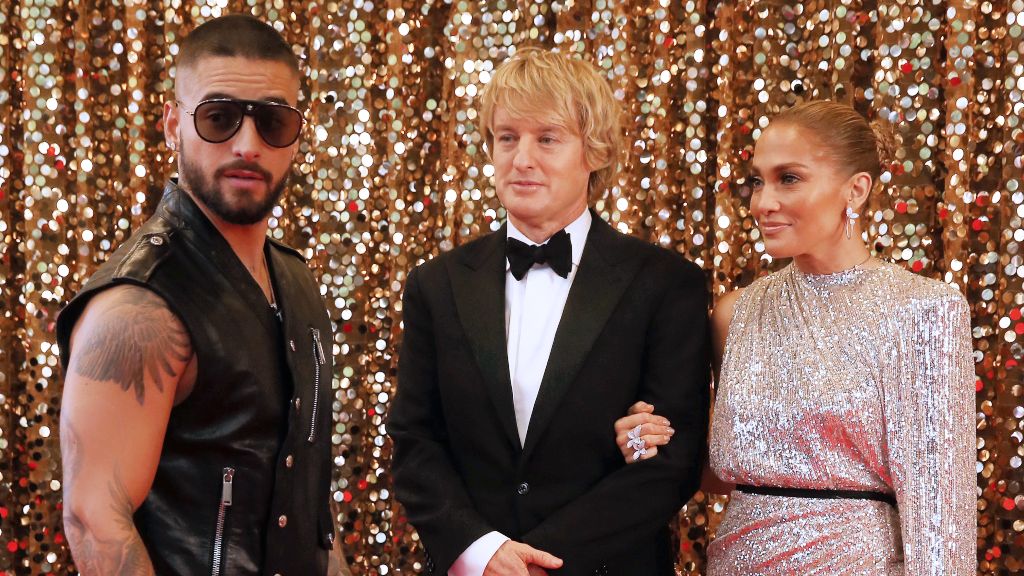 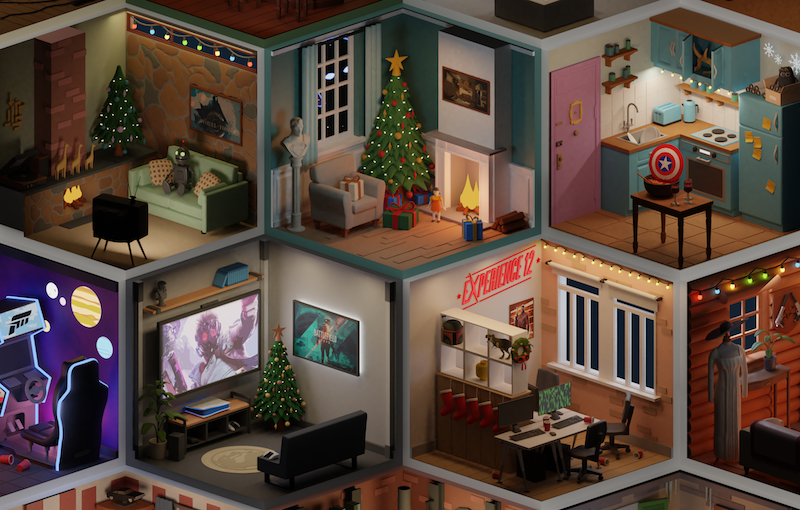 We’ve finally made it to the end of the year and if there’s something I think we can all agree on, it is the...